Inspired by the popular ten player arcade game Killer Queen and its Switch counterpart Killer Queen Black, Payload plus takes a team based approach to a multi-win condition formula and turns it into a 3D shooter for two teams of 3.

With up to four up to ways to win Payload plus offers quick game play that requires communication and strategy. Collect orbs or focus on moving the payload while team mates lay down cover fire or simply go after the opposing teams power player.

Each map contains a power orb generator. Visit the generator to get an orb and try and return it to your base before the other team kills you. If you are killed the orb drops and can be recovered by either team. Deliver the orb to your base twelve (12) times and the win condition is triggered. When carrying an orb it is the only time you are able to use a mount unless you are the teams power player.

One player from each team will be the power player. This player will carry extra durability and mechanics such as short bursts of speed, permanent mount access, or temporary flight. Once the power player is killed three times the win condition is triggered.

The goal for Payload Plus is to have an experience that players can show up and enjoy quickly while still getting the benefit of playing with friends and coming up with strategies. Games are intended to be 2-5 minutes max. Win conditions are straight forward but offer a lot of strategic options for all types of players and skill levels. No matter your skill level you should be able to help contribute to a win. Not the best at shooting? Hop on the payload while your two buddies defend you and you take shots while crouched behind a box.

Initially intended for the Core Game Engine and Launcher Payload Plus was designed around a lower player count to ensure that six total players could be found quickly. Two vs. two games could also be a possible game mode dependent on the balance. Coming up with a forced win condition for each team is another game mode option forcing both teams to go after certain win conditions either the same or different which will make both offense and defense a challenge.

Each map will contain a single payload area, one or two orb generators, and a set of towers per team. Levels will need to contain some symmetry or clear advantages for certain win conditions. No single win condition should be easier for one team or the other. Balance in layout is important. 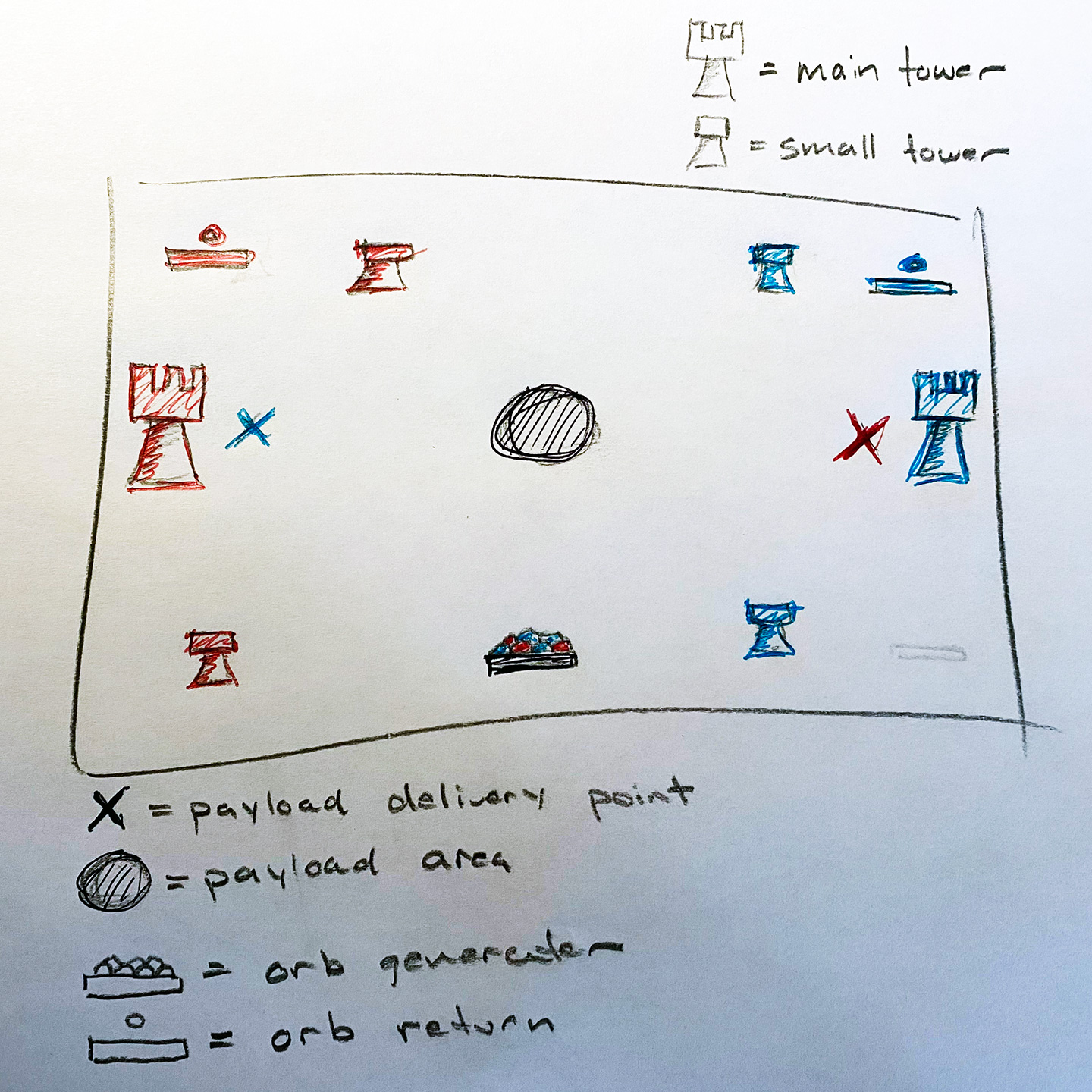 COMING SOON TO CORE WITH HOPES TO REACH OTHER PLATFORMS

Although the initial prototype and experience is aimed at the Core Game Engine for the prototype and the instant multiplayer ability the game concept could translate easily to other platforms including PC, Playstation, XBOX, and Switch.