The goal of the game is to leave as many markers on the board as possible while being sure to travel to the multiplier square. Choice moments of combat can make or break your game. After ten rounds you count up your pieces and trips to the multiplier hex and multiply them together. The player with the counter does not always win. Subtle strategy between class choice, movement, and combat will determine the outcome especially as the number of players increases. 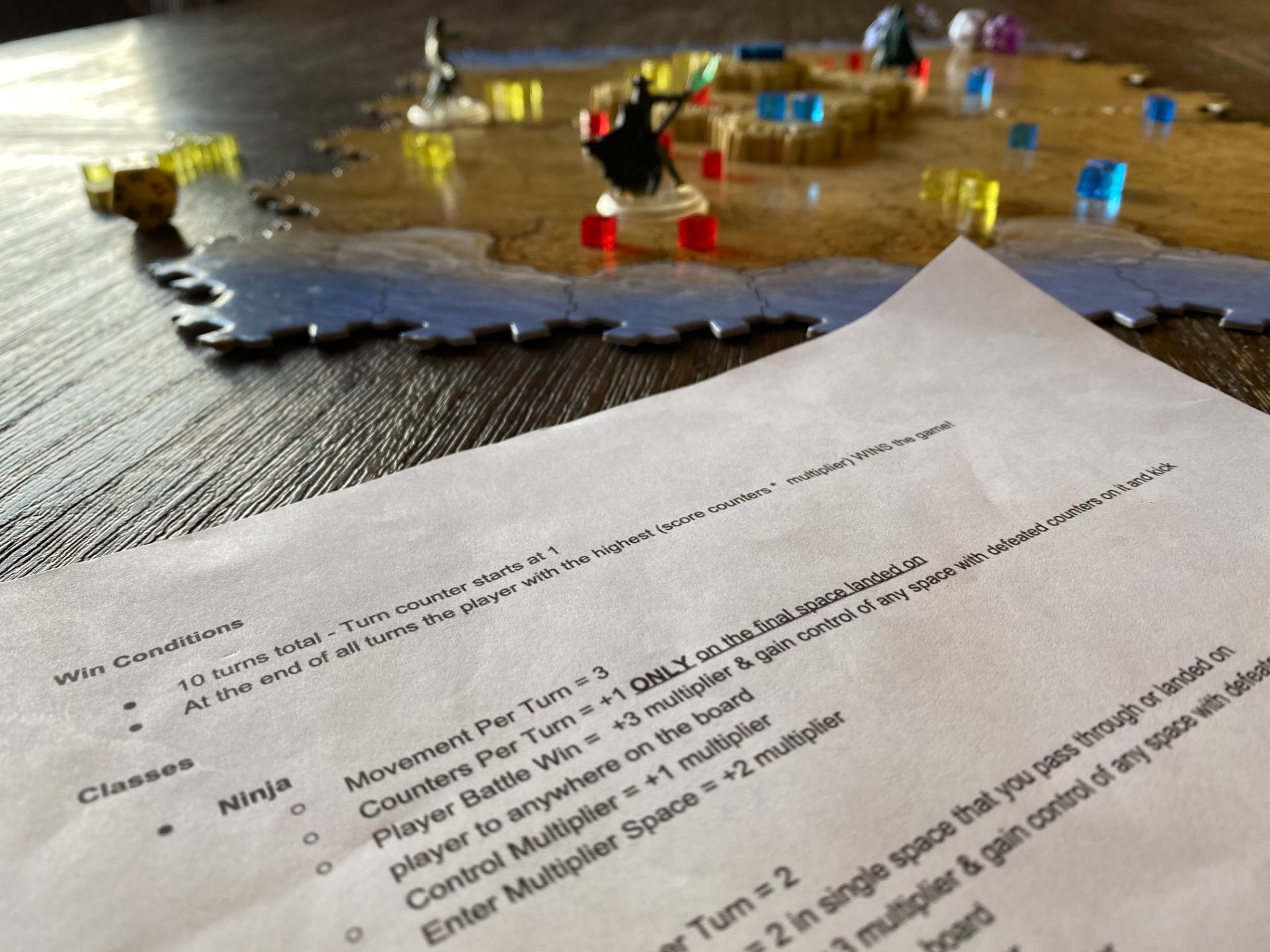 Fantasy control has three character classes that all bring different mechanics and strategic advantages to the table. The three main characteristics of each class are include: movement per turn, counters dropped per turn, control multiplier, enter multiplier, and player battle win option. 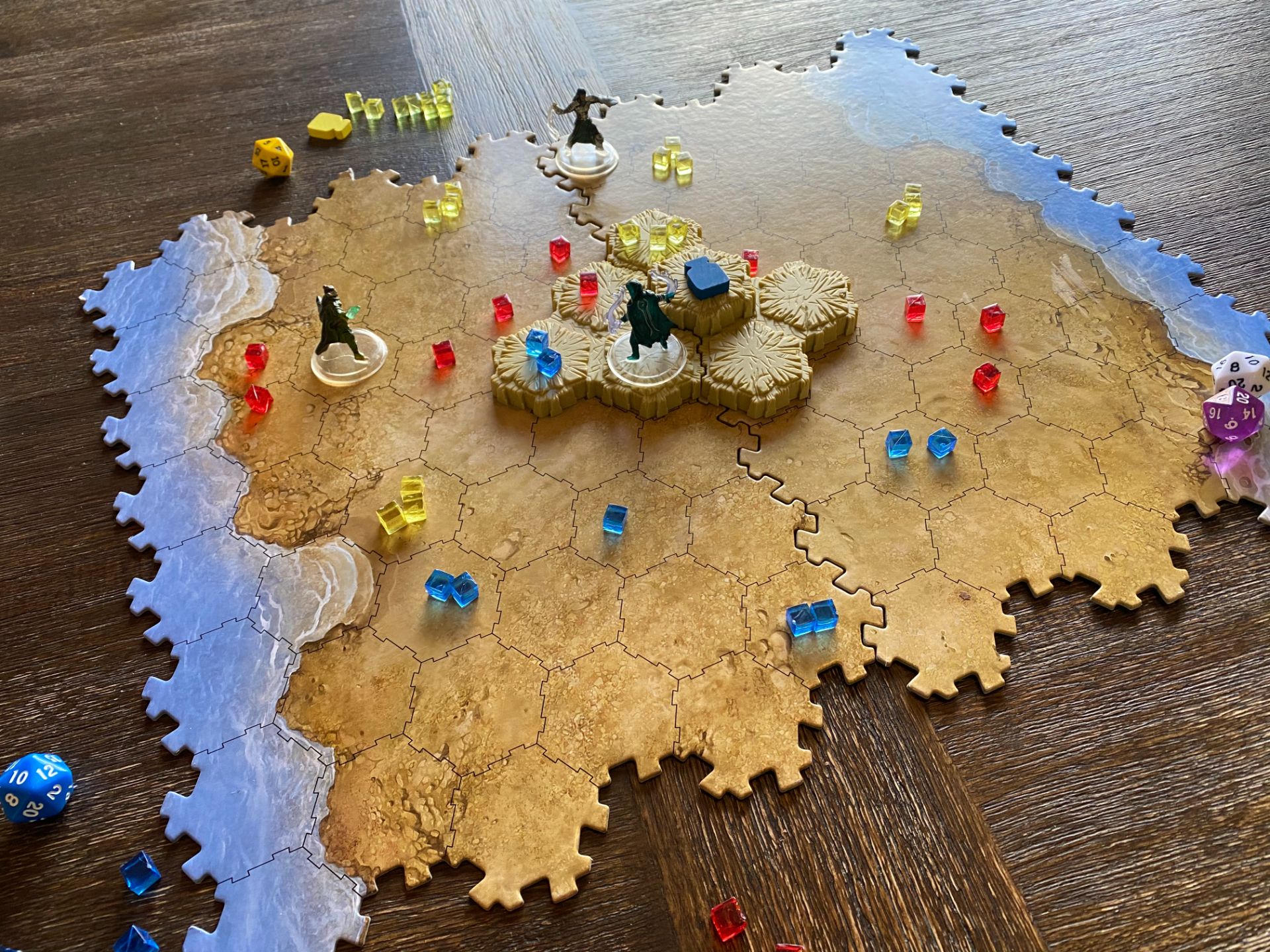 Movement Per Turn: Once on the board, the Mage can move once anywhere instantly.
Counters Per Turn: +1
Player Battle Win: +3 multiplier OR -3 multipliers from defeated opponent
Control Multiplier: +1
Enter Space Multiplier: +2

As co-founder for one of my former tech companies I shared in the role of creating culture building activities. Although our weekly happy hour was a great time not everyone on the team enjoyed Counter Strike or Rocket League, nor did they often have a machine that would run them well. I created a team building exercise where we split our team of 15 or so in to teams of 4-5 people and tasked them with created a board game that would be something the entire team could play together. At the time we built the game out on Tabletopia so we would all be able to play remotely as the team was located all over the world.

I provided a simple design brief. It had to be friendly from two players to upwards of 15 players. It also needed to be able to play a complete game in 30 minutes or less with the goal of being able to play two game per our weekly happy hour.

At the time I was playing a lot of Kings of Tokyo with my kiddos and I really liked the idea of controlling Tokyo and getting something for that each and every turn. Other inspirations came from D&D and Catan in some ways. We essentially came up with a quick movement type game that is Fantasy Control. I have since taken on further development with my kids and solo to hone the balance of the classes.

One of the goals for Fantasy Control is to create a digital version that can be played by large groups in an office or larger group situation. Using Core and/or Unreal Engine I hope to create and share Fantasy Control with many in the future.